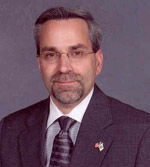 Kevin was born on January 11, 1957 and is the supervisor and owner of the Readshaw Funeral Home, Inc. He is married to Carla M. Dieterle. He attended Carrick High School, Gannon College in Erie and the Pittsburgh Institute of Mortuary Science. Kevin received his funeral directors license in 1980 and has been associated with the Readshaw Funeral Home, Inc. since 1981. In addition to his funeral directors license, Kevin also has a Pennsylvania Insurance License. In 1984 Kevin became the second funeral director in Allegheny County to be certified as a funeral service practitioner from The Academy of Professional Funeral Service Practice.

Kevin is a member of the Blessed Trinity Parish (Holy Angels Church, St. Albert the Great Church, St. Basil Church, St. Sylvester Church  and St. Wendelin Church) where he is a Eucharistic Minister and serves on Finance Council and was also past president. He is also a member of the Carrick Community Council, Carrick Business Association where he has held several offices and the Rotary Club of West Mifflin/South Hills and the Rotary Club of South Hills where he served as president, Gilmary Council #3668 of Knights of Columbus. Kevin is also a member of the Pennsylvania Funeral Directors Association and Allegheny County Funeral Directors Association (largest county association in the country) and served as its treasurer, secretary and president. In his spare time he enjoys golfing and bowling. 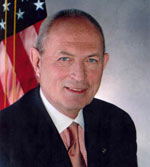 Harry A. Readshaw, III is the President of the Readshaw Funeral Home, Inc. and is a third generation funeral director. Harry was born on August 17, 1941 in Pittsburgh, PA. He is married to Carol Readshaw and has three children and six grandchildren. Harry attended Carrick High School, Duquesne University, the Pittsburgh Institute of Mortuary Science and served in the United States Marine Corps.

In 1995, Harry was elected to the State House of Representatives of the 36th Legislative District. His district includes 16th Ward, 17th Ward, 29th Ward and 31st Ward (City of Pittsburgh), Baldwin, Brentwood, Mt. Oliver, West Homestead and Whitehall. His legislative committees include Environmental Resources and Energy, Fish and Game and Professional Licensure. Harry is also the first funeral director in Allegheny County to be recognized as a certified funeral service practitioner in 1981.

Elizabeth joined the Readshaw Funeral Home, Inc. in October 2014 as a Student Trainee, then continued her educational requirement’s as a Resident Intern.  Elizabeth graduated from the Pittsburgh Institute of Mortuary Science, with an Associate’s degree in Funeral Service Business Management.  Along with being certified with CANA as a Crematory Operator and a member of the Allegheny Funeral Directors Association.   As of March 2017, is now a Licensed Funeral Director for Pennsylvania.  Elizabeth is joining our staff as a licensed Funeral Director; and here at the Readshaw Funeral Home, Inc. we are confident that with Elizabeth’s passion, she will continue serving our families with our mission to serve our families with compassion and dignity.

We stand ready to assist you. If a death has occurred, please call us on the number below: